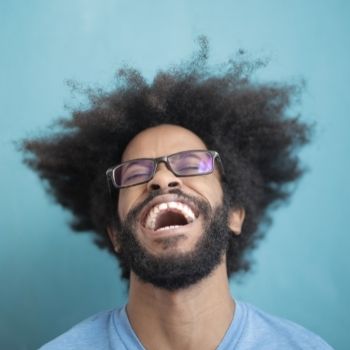 1. On average, most people have fewer friends than their friends have; this is known as what?

2. What is the shortest complete English sentence?

3. In ancient Greece, throwing an apple at someone was a declaration of what?

Love – in ancient Greece, throwing an apple to a woman was seen as a marriage proposal.

4. U.S. television allows alcohol to be advertised if what?

No alcohol is consumed in the commercial – it isn’t a law or FCC regulation, just a broadcasting standard.

5. What English word becomes its opposite when the letters FE are in front of it?

6. Where was the first carrot found?

7. Dump, floater and wipe are terms used in which team sport?

8. What is the only thing you can lose and never get it back?

Time – this second is not going to come back again in your life.

The answer here is simple: the word incorrectly.

10. Before Mount Everest was discovered, what was the highest mountain in the world?

Mount Everest – it was the highest mountain on Earth even before anyone knew it existed.

12. How many sides does a circle have?

Two – the inside and the outside.

A deck of playing cards.

14. What three letters change a girl into a women?

16. What is full of holes but still holds water?

17. What is in the middle of MIDDLE and at the end of END?

18. What is the longest English word with only one vowel?

Strengths – at nine letters long, it is the longest word in the English language with only one vowel.

19. Unless you can prove you are a magician, what is illegal to own as a pet in Queensland, Australia?

A rabbit – these cute little things have caused immense ecological damage to Australia for the past 150 years.

20. Which US President was the only bachelor when he was in office?

21. On which planet is a year longer than a day?

Venus has the longest day of any planet in our solar system. Venus is unusual because it spins the opposite direction of Earth and most other planets and it’s extremely slow. It takes about 243 Earth days to spin around just once. Because it’s so close to the sun, a year goes by fast. Therefore, a day on Venus is nearly 20 Earth days longer than its year.

22. Which girl’s name is also the name given to a female donkey?

23. In the Bible, who, alone, killed a quarter of the world’s population?

Cain – according to the Bible, Cain killed Abel when the only humans in existence were Adam, Eve and their 2 sons.

26. How do you call a woman that knows where her husband is, at all times?

27. What is the only number spelled out in English that has the same number of letters as its value?

28. The U.S. 10,000$ bill was last printed in 1945 and is the largest denomination ever in public circulation; whose portrait appeared on it?

30. What does the word karaoke literally mean?

Apple – they float because of their high volume of air. If an item is denser than water, it will sink – otherwise, will float.

32. What’s the only food that never expires?

Honey – when excavating ancient Egyptian tombs, archaeologists found pots of honey thousands of years old, and still edible. As long as the container is sealed, raw honey will never spoil. Although it never truly expires, honey can crystallize or granulate but is still safe to consume.

Fun fact: the oldest jar of honey was found in the tomb of a noblewoman in Georgia. As far as archaeologists have found, this is considered the world’s oldest honey – about 5,500 years old.

33. What’s the brightest star in the sky?

Sirius – also known as the Dog Star or Sirius A, Sirius is the brightest star in Earth’s night sky. The star is outshone only by several planets and the International Space Station.

34. What’s the difference between a cemetery and a graveyard?

Graveyards are attached to churches while cemeteries are stand-alone.

35. The world’s first speeding ticket was issued in 1896. Where did it happen?

Walter Arnold was driving four times the limit, at an astonishing speed of 8 miles per hour. Back in those days, the speed limit was 2 miles per hour – you could easily walk faster. The driver was eventually arrested after being chased by a police officer on a bicycle.

36. In feudal Japan, why did lords purposely built homes with squeaky floors?

They were used as a defensive measure against ninjas.

37. What U.S. state’s constitution is the longest in the world?

38. What country has the most vending machines per capita?

39. What was the first patented service uniform in the United States?

40. What is the oldest authenticated age ever for a human?

41. Which two cities represent letters in the phonetic alphabet?

Minute hands – it was eventually invented by Jost Burgi for, it is believed, Tycho Brahe, an astronomer who needed an accurate clock for stargazing.

43. What is the most frequently sold item at Walmart?

Bananas – although Walmart never disclosed how many bananas they sell each year, the number has to be immense considering that over 200 million people shop in its stores worldwide every single week.

44.  What language has the most words?

45. Why did pirates wear earrings?

To improve their eyesight – they believed the precious metal in an earring had healing powers.

46. In terms of production volume, what is the most popular fruit in the world?

Tomato – yes, tomato is a fruit.

47. Who is the oldest man to win People Magazine’s sexiest man alive?

48. The Vatican Bank has the only ATM in the world that allows users to do what?

49. How do you call a group of unicorns?

51. Kopi Luwak is a very expensive type of what?

Coffee – it is derived from partially digested coffee cherries eaten and defecated by civet cats.