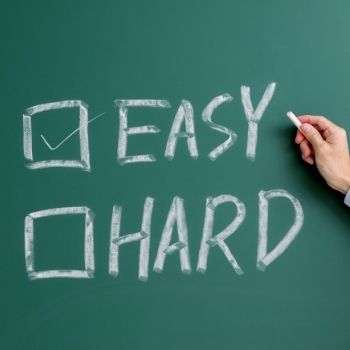 1. Who revolutionized the automotive industry in the United States?

Henry Ford – a leading businessman in the industry, he founded Ford Motor Company and sponsored the development of the mass production assembly line technique. Henry Ford was the first to invent a car that was accessible to middle-class people.

2. What is the name of the national anthem of the United States?

The Star-Spangled Banner – the lyrics of the hymn come from a poem by Defence of Fort M’Henry, written by poet Francis Scott Key in 1814.

3. What place does the United States occupy within the most populated countries?

Third – United States ranks third, only behind China and India. The US has a population of more than 327 million, while China and India both surpass 1 billion.

4. What’s the most populous city in the United States?

5. In which city is the John F. Kennedy International Airport located?

New York – John F. Kennedy Airport has the largest number of international passengers in the US.

6. What is the capital city of United States?

7. In which continent is the United States located?

America – The United States is located on the American continent. This is the second largest continent on the land, just behind Asia. America is traditionally divided into North America, Central America and South America.

8. Where would you find an ISBN number?

On a book – it’s a 10 digit code that is used by booksellers.

9. What is the second smallest country in the world?

10. How is the number 14 written in Roman numerals?

XIV – Before the adoption of Arabic numerals, the ancient Romans and European civilizations were using the Roman numerals to represent numbers.

11. True or False? The Iron Age preceded the Bronze Age.

12. What is the closest planet to Earth?

This fact constantly changes due to the range in the orbits of the planets located in our solar system. This depends on the day, month, and even year, which determines the position in orbit the planets are in. This can alternate between three different planets: Mars, Venus, or Mercury.

However, Venus seems to reign as the closest planet to the Earth for the most amount of time. Venus, which is the 2nd planet in our solar system, lies 162 million miles from the Earth at its farthest point in orbit.

13. What is the only US state that is made up entirely of islands?

14. In chess, what is the only piece that can jump over other pieces?

15. What does the DC stand for in Washington DC?

16. Mount Everest is in which country?

Nepal. Mount Everest is the Earth’s highest mountain above sea level, with a height of 8,848 m.

17. Which pair of superheroes are known as the ‘Dynamic Duo’?

19. If an event is biannual, how many times a year does it take place?

20. How many legs does a spider have?

21. Berlin is the capital of which country?

22. Canberra is the capital of which country?

23. Chicago is the largest city in which American state?

24. Which gas, which has the chemical symbol N, is the most common element in the earth’s atmosphere?

25. A dermatologist is a doctor who specializes in diseases affecting what part of the body?

26. A millennium is a period of how many years?

27. Pearl Harbor, scene of a famous military attack, is in which American state?

29. Giant home furnishing retailer Ikea was founded in which country?

31. Jeans are made from which material?